The Ebeleben mining licence is in the north-western part of the Federal State of Thuringia, approximately 30km northwest of the state’s capital Erfurt, and at the south-western boundary of the South Harz potash district.

The adjacent Volkenroda, Allmenhausen and Kirchheilingen mining fields have been historically mined since 1896 for the production of potash fertilizers and are currently being used as underground waste storage facilities. The operator of the adjacent Volkenroda underground potash mine originally held the mining licence for Ebeleben and had planned on continuing the mine southeast onto Ebeleben. A new ventilation shaft was started on Ebeleben, which was sunk to a depth of 100 m prior to Germany reunification in the early 1990’s. 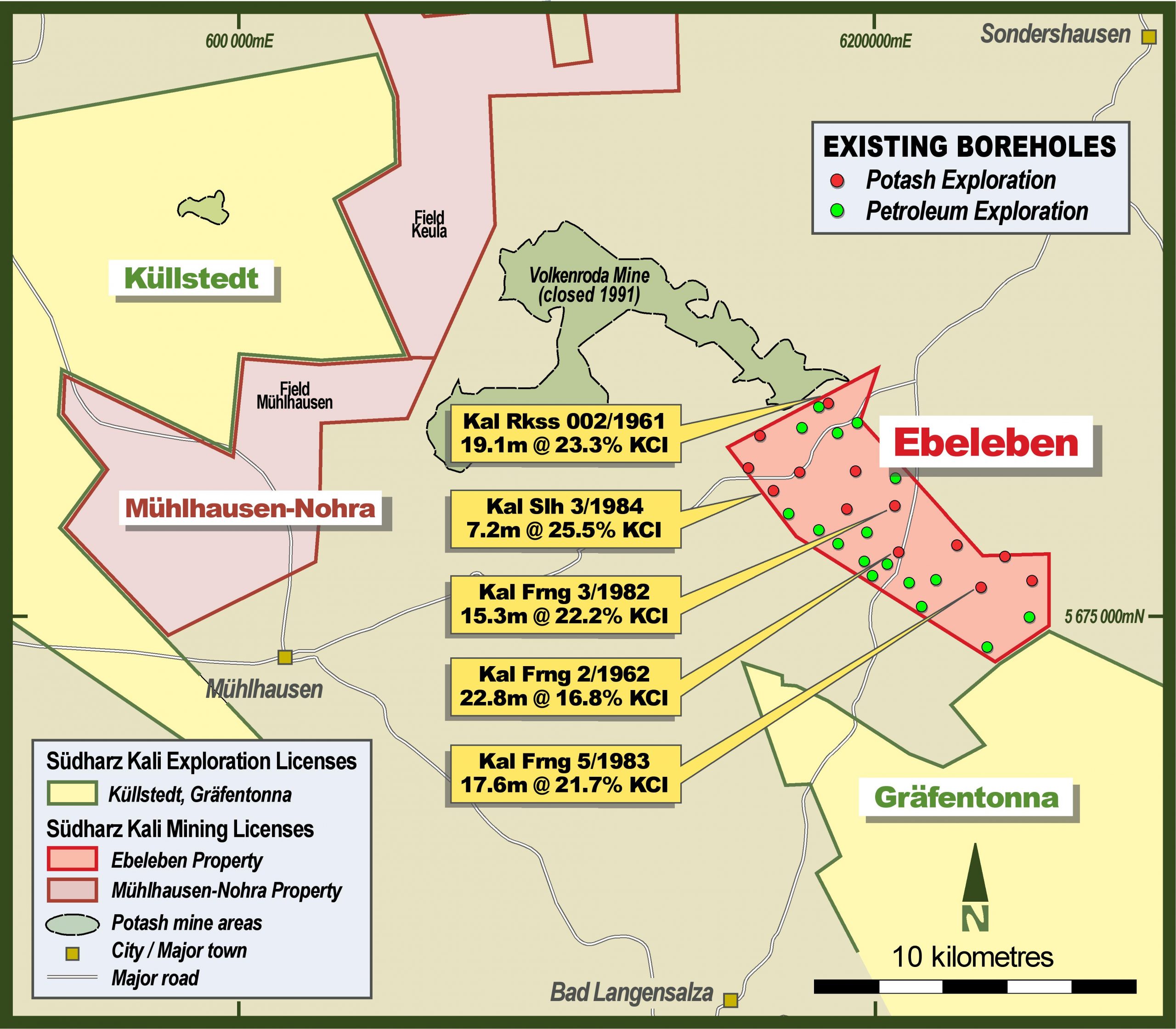 Ebeleben contains a JORC 2012 Inferred resource estimate of 557 million tonnes grading 12.1% K2O. The drill hole database for Ebeleben is made up of 19 hydrocarbon drill holes that were geophysically logged (calliper, natural gamma, gamma-gamma and resistivity) and 12 diamond core drill holes (‘potash drill holes’) drilled during the potash exploration campaigns in the 1960’s and 1980’s. The economic potash deposit covers the whole of the Ebeleben mining licence, and the mineral resources have been restricted by seam thickness (>1 m), grade (>5% K2O). The average thickness of the sylvinite is 15.2 m and the average thickness of the carnallitite is 7.9 m. The average depth to the roof of the sylvinite is 1,061 m from surface and the seam is horizontal with gentle undulations.

Ebeleben is contiguous with the company’s Gräfentonna exploration licence area, which has a large JORC Exploration Target. The historical data available for Gräfentonna is not sufficient for an Inferred Mineral Resource and this would require additional drilling and exploration. However, it is extremely likely that the sylvinite-rich potash horizon from Ebeleben extends into the Gräfentonna licence and this provides South Harz Potash with the potential to significantly extend the mine life at Ebeleben.