This is where it all began.

The history of potash mining began in 1851-52 with the sinking of the “von der Heydt” and “Manteuffel” shafts in the small town of Staßfurt, north of the Harz Mountains, about 50 km from where we work today.

Originally, the shafts were intended for the extraction of rock salt, however Potash salt was subsequently discovered underground within the mine, and early pioneers soon realised that the salt they had discovered can be used as fertiliser. Shortly after, in 1861, the world’s first potash factory was built in Staßfurt.

The discovery of potash salts at Staßfurt led to a mining boom in the region from 1885 onwards. Exploration in the area intensified which expanded quickly to other locations within the region.

Hermann von Pinno commenced exploration for potash salt south of the Harz Mountains, and in 1888, potash salt was first discovered near Kehmstedt, officially commencing the birth of the South Harz potash district.

The South Harz region also experienced a potash mining boom with dozens of shafts sunk and several mines and potash factories built around the turn of the century:

*Roßleben is situated further East, but is part of the South Harz Potash District

These mines, excluding Roßleben, produced a total of 181 million tonnes of potash during their lifetime.

Location of Historical Potash Mines in the South Harz District 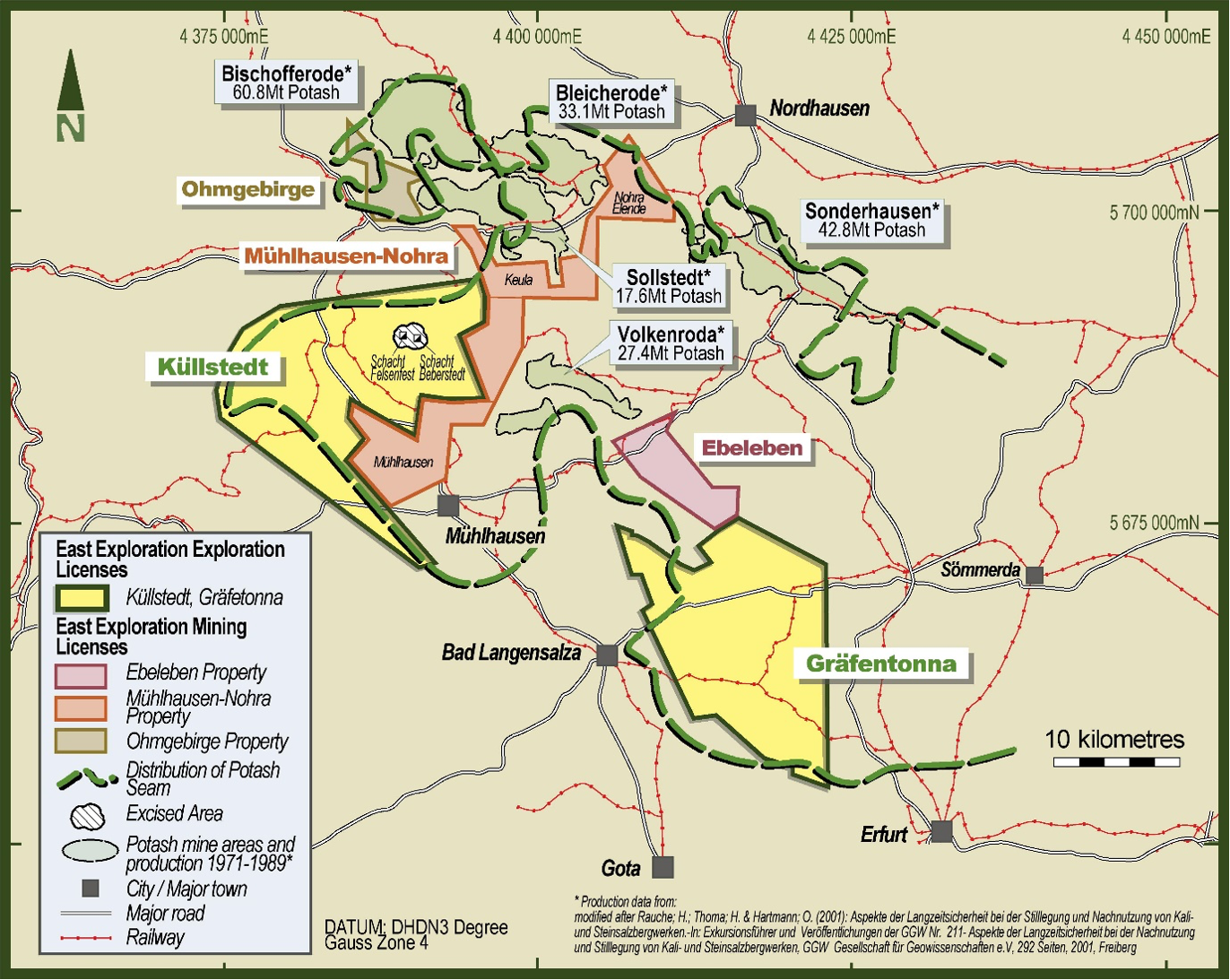 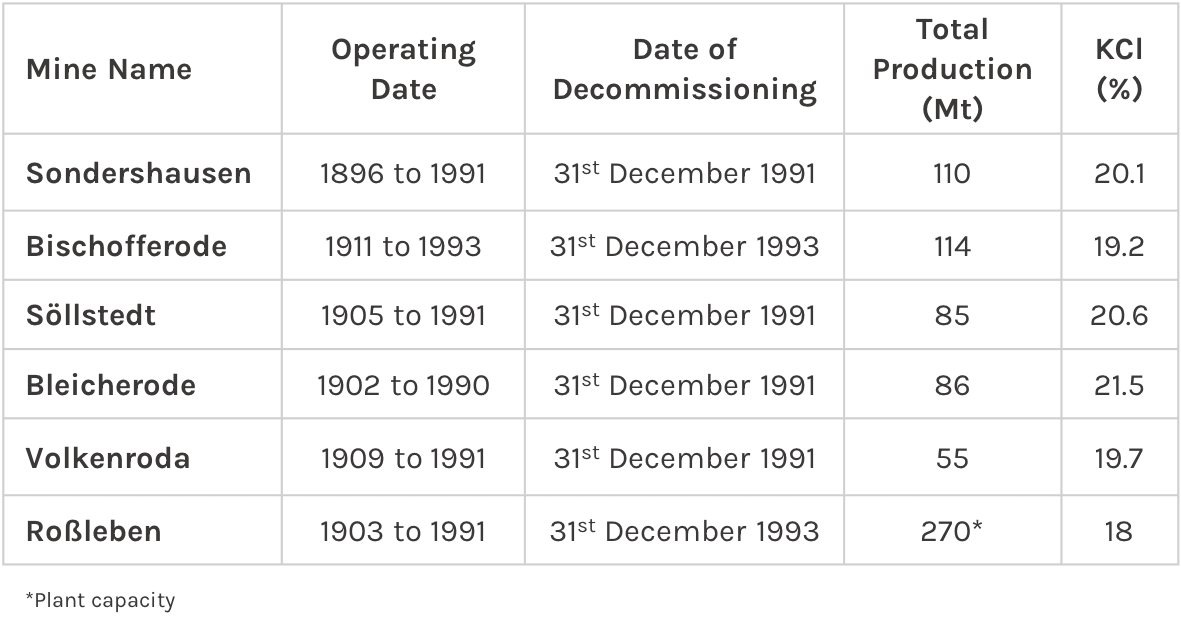 In GDR times, the South Harz potash mines – along with the potash mines in the Werra potash district and in Zielitz – were a fundamental building block for the economy and brought the state important foreign currency.

The deposits were explored intensively and the annual production of potash fertiliser in 1988 was reported as 3.5 Mt.

After German reunification, all potash mines in the southern Harz potash district that operated conventional mining operations were closed despite protests.

There are many reasons for the closure, but they led to a very well explored deposit “slumbering” underground to this day.